A young, African graduate student in engineering undergoes hypnosis to address her recent inability to concentrate.  When her psychiatrist induces a trance, she ‘recalls’ disturbing and previously unreported details about an incident that took place in her country while she was there assisting in the construction of a controversial, new dam.  The play deals with the reliability of memory, the power of persuasion and what can happen when two powerful but opposing moral imperatives collide.

‘A drama of ideas is rare enough, let alone one equally in touch with its characters and with a tricky plot and twist ending. Bob Clyman's "Tranced," a psychological mystery in the shadow of the genocides in Rwanda and Darfur,fits all those definitions. Anyone despairing of American playwrights' indifference to contemporary realities will find stimulating tonic in a trip to the Laguna Playhouse for the world premiere of this ambitious and thematically rich work. … Clyman's complex melding of political and personal concerns becomes more than a little hypnotic itself, as moment to moment we struggle to decide exactly who is trancing whom.– Variety click for full review

'There's plenty to admire in this well-cast production, directed ably by Jessica Kubzansky, who capitalizes on Clyman's talent for creating relationships that are a volatile mix of adversarial sparring and sexual tension. The actors deliver focused, intense performances under Kubzansky's economical direction.'
- OC Register

'Strength of writing and strength of purpose combine to send a hopeful New Year's message that playwrights still have the talent and tendencies to tackle tricky subjects.'  - Theatre Times

'The play is an edgy intellectual and emotional roller coaster ride that boldly probes the human psyche, ethics, politics, world tensions and what it means to live as an authentic individual with causes… audiences are treated to a fresh, vibrant two hours of mesmerizing live theatre.” - The Event Newspaper

'Layered with provocative ethical questions, the play leaves us thinking even after it ends.  Its topicality engenders reflection, as good theatre should.'
- Backstage Magazine

'… mesmerizing drama … surfaces shift and appearances alter as seamlessly as the weather … production reinforces the most beguiling aspect of the play, the clarity of its insights into the workings of the intellect … His dialogue crackles with subtext and wit … Clyman’s observations on class and race are tantalizing … his take on the inequalities between men and women, the First and Third Worlds and the privileged and poor casts a spell that lingers long after the last line of dialogue.'  - The Mercury News

'... Clyman's characters enchanted me from the very first lines of dialog.' - Inside Chris's Head

'… spellbinding … engages the audience from curtain up until final blackout … story is intricately layered and Clyman masterfully dissects it like an artichoke, allowing the audience to savor each leaf before moving on to the next … The verbal jousting is only one illustration of Clyman's artistry … compelling story and intelligent dialogue … drawing us further into the web being woven on the stage, making our rapt attention (trance?) a set up for the jolt of the final twist ... ’ – Broadwayworld.com
click for full review 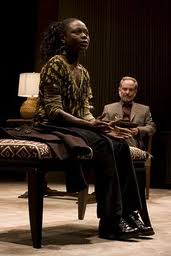 ‘… the ideal play for those who love thought-provoking theatre.’
– The Lowell Sun

‘… a very smart play with the four characters delivering extremely taut lines as if they were slinging darts at each other …requires us to listen closely and rise to its level of intelligence … the dialogue is very crisp … a kind of genre piece but perhaps a genre that Clyman himself has created.’  - Metro West Daily News

‘From Philip’s (Mark Zeisler) opening soliloquy, where he explains his multinational upbringing, to its dramatic ironic ending, TRANCED rivets the audience. – Zingology.com

‘… thrilling psychological issues and a complex, twisting plot.  Still able to maintain a tactfully brilliant blend of drama and humor … never ceased to entertain its audience.  The ending to this truly powerful production is, for lack of a better word, shocking.’ – BostonNightLife.TV

‘… leaves audiences mesmerized … audiences will be drawn into Bob Clyman’s psychological drama “Tranced,” a play layered with multiple thematic implications and political overtones that builds to an unexpected outcome … By combining mystery, intrigue, politics and a healthy dose of ‘nothing is as it appears,’ Clyman has created a play that challenges actors and will mesmerize audiences. - Gwinnett Daily Post click for full review

‘ … one of the best and most compellingly watchable plays I’ve seen in a while … Conversation is rarely given this dynamic a role in a play, rarely succeeds as these scenes succeed … a completely engaging, totally mesmerizing play …' --Atlanta’s Theatre Review